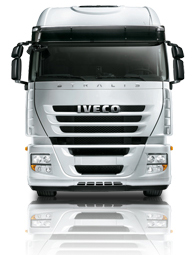 For over 40 years, Northern Commercials have been raising the standards of excellence for service to transport operators throughout the UK. With 5 dealerships and 4 authorised repairers, we are able to offer award winning Fiat and Iveco commercials and services throughout the UK.

Our sales team offers a combined experience in excess of 100 years involvement in this industry. We believe this allows us to claim that we know and understand your basic vehicle requirements. We understand the importance of matching the chassis to the body, the tractor to the trailer, the truck to the job. We know how important it is to deliver right first time, on time and we appreciate the need to choose the right financial package to suit your business.

We offer the full range of Fiat and Daily Products from 2.0 tonnes GVW to 6.0 tonnes GVW. This range is available in both Van and Chassis Cabs.

Trucks are available from 7.5 tonnes GVW through to the Iveco Tractor Units at 44 tonnes GVW.

PSV Apprentice trained with West Riding Automobile Co Ltd, moved to Commercial Vehicles with Chatfields of Leeds as a technician and taking up a supervisory position during that time. Joined Northern Commercials in 2000, progressed through supervisory & managerial positions prior to be appointed General Service Manager in 2005 with full responsibility of the service departments at Brighouse and Manchester, overseeing the authorised repairers within the Northern Commercials Group.

Joined Northern Commercials in 1990 as Parts Technician. Has since progressed through various management/supervisory roles within the Parts Department to his current position of Parts Manager for Brighouse.

BA (Hons) Accounting Graduate. Joined the Motor Trade in 1995 as a dealership accountant before progressing to brand accountant. Joined Northern Commercials in 2007 as Financial Controller where responsible for the finance function which is centralised at Brighouse and supports all sites.

Roger joined Northern Commercials Parts Department in 1981 on a Youth Training Scheme after leaving school. Roger took various positions and roles within the company, before becoming Director of the Company in 1997, and taking over as Dealer Principal / MD in 2005.

Started work with Northern Commercials in April 1985 on workshop as a mechanic which was then DAF Truck Dealers. Spent 8 years as this completing an apprenticeship. After this did short periods in Parts and Service Reception, then took on a Sales role in New Vehicle Sale department selling LDV Vans, did this for 3 years then moved to New Truck & Van Iveco Sales right up until 5 years ago and moved to used vehicle sales.

Started in the Commercial Vehicle motor trade in 1973 as an apprentice technician working within the Hartwell Group for 30 years progressing to Service Manager. Joined the Stormont Truck in 2003 as Aftersales Manager. Current position with Northern Commercials is as Depot Manager responsible for the Service and Parts department and the general running of the Dealership.

Started selling commercial vehicles 1998 in Van Sales, progressing on to Van Sales Manager then onto Truck and Van Sales looking after fleet, municipal and retail business. Started with Northern Commercials in March 2013

I left school in 1983 and started an apprenticeship with a HGV Dealership. I have only worked for franchised dealer’s both in the UK &USA. I started working in the Iveco dealer network in 1995 as a roadside technician/ Workshop Forman. I then progressed through supervisory and managerial positions prior to being appointed Depot manager at Northampton.

I started work as an apprentice mechanic in 1982 at Endeavour Trucks.

In 1997 I moved up to Stormont Trucks at Hildenborough as Foreman in the Light Commercial Vehicle workshops And then back down to the Brighton Dealership 2 years later to take over as Service Manager, in 2003 I moved to Rossetts Mercedes in Crawley as General Manager , in 2004 I moved back to Stormont Truck & Van as Depot Manager of the Brighton and Crayford Depots.

Joined Stormont Engineering Company Ltd in September 1984 and after successfully completing a City & Guilds as a HGV Technician moved roles within the organisation through supervisory and managerial positions becoming Group After Sales Director of Stormont Truck & Van Ltd in September 2006. Following the merger of Stormont Truck & Van Ltd and Northern Commercials in August 2013 the position of General manager for the South is held with the sole responsibility for Sales, Service, Parts and the Body Shop.

I Joined Stormont in 1985 for the  contract hire, Rental  & leasing company supplying cars, vans & Trucks. Became manager in 1987 before joining truck division in 1993 as sales manager, became general sales manager for Van & Truck, then Sales Director as part of MBO in 2001. Became Group Fleet Sales Director as part of the merger between Stormont Truck and Van with Northern Commercials in August 2013.

Joined Stormont Truck in May 1998 as a Partsman having had many years experience previously within the HGV industry gaining a vast knowledge of both the Workshop and Parts departments, in 1999 became Parts Supervisor, in 2003 became Parts Manager initially for the Hildenborough dealership and progressed to Group Parts Manager with the responsibility for the five dealerships owned at the time. Following the merger between Stormont Truck & Van Ltd and Northern Commercials in August 2013 the position of Parts Manager with the responsibility of the South is now held.

Started out in the industry as a work shop apprentice for Vauxhall , did my city and guilds in mechanics and parts and followed the route through the parts working with ford dealership , then was a supervisor for Halfords superstore coving parts and a small workshop operation Daewoo. Joined the Iveco commercial operation in 2001 at Hildenborough and worked from back counter to parts rep , then took on selling both parts and workshop as business developer , in 2011 became depot manager of site in London for 3 years then moved back to Hildenborough as the Aftersales Manager.