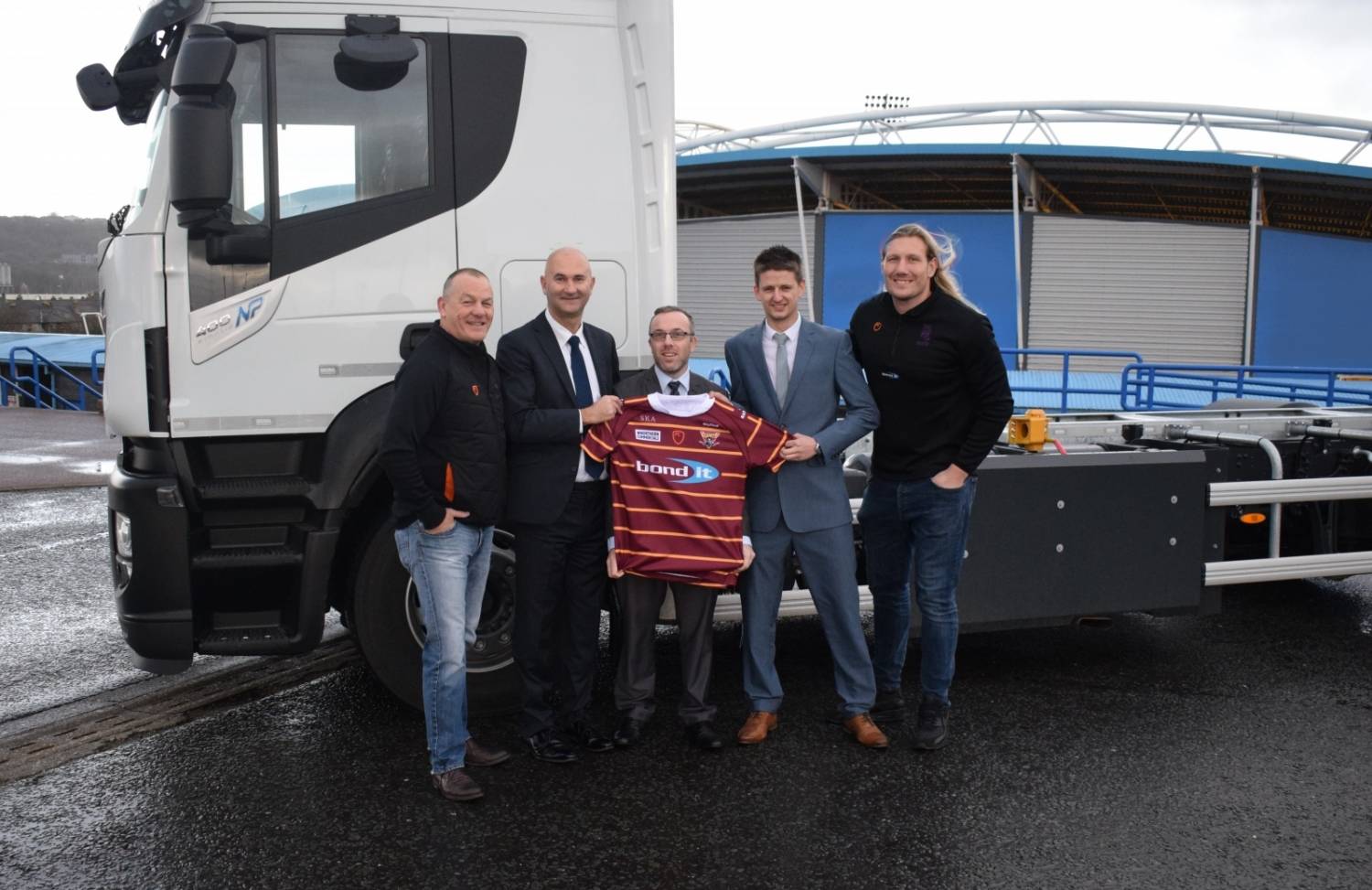 Huddersfield Giants are proud to announce a new shirt sponsor for the upcoming 2020 season, in the form of local commercial vehicle supplier Northern Commercials. Northern Commercials is an established brand with dealerships in Brighouse, Manchester, Liverpool, Northampton, Dunstable and Tonbridge.

Appearing on the front of the team shirt will provide greater presence during match days for the Northern Commercials brand and will also enable club supporters to benefit from exclusive offers.

Roger Peel, Managing Director of Northern Commercials, commented: “Northern Commercials are pleased to announce sponsorship of Huddersfield Giants for the upcoming 2020 season in the Super League. We have long been involved in sports sponsorship & we like to support local high profile teams in which we see as a move to give something back to the community.

As a business, we like to align ourselves with organizations that place an emphasis on Corporate Social Responsibility & the way in which Huddersfield Giants run initiatives through the community is an example of that. We would like to take this opportunity to wish Simon Woolford and his team the very best for the upcoming season”.

An independent business formed in 1971, Northern Commercials sell new and used commercial vehicles, specialising in the Iveco and Fiat ranges. They operate from 6 locations across the UK and pride themselves on customer satisfaction.

Huddersfield Giants Club Ambassador Eorl Crabtree added “I’m Personally Delighted to have been directly involved in bringing Northern Commercials on as Shirt Sponsors for the 2020 season, we have built up a great relationship over the last year and know the partnership will only grow from strength to strength. The Huddersfield Giants are proud to wear the Northern Commercials colours across their chest and we look forward to a successful campaign together on and off the field”.